Teton went on a boat for the first time in his life earlier this week.

The first 10 minutes were probably the worst of his life and he spent them shaking on his dad’s lap, but after that initial “What in the hell are you doing to me, Mom?!” he was more or less happy as a clam cruising around the water.

His pal Milo (also known as Miles) didn’t have as traumatic an experience.

It’s been hot here in good old Washington State, and I think it’s safe to say most dogs who have lived here their whole lives aren’t used to the heat. Teton wears his Kool Collar on the daily and I really believe it helps cool him off.

It’s impossible to tell that he’s wearing it here, but he’s a happy cool little dude when it’s around his neck!

I took a few vacation days earlier this month and decided that Teton deserved a new toy since I was celebrating, um, being on vacation……..right.

T’s favorite toys are squishy, fluffy or furry toys that he can carry around the house and throw up in the air for himself. Knowing that, I picked this delightful little gem.

It’s a purple pig. 🙂 The manufacturer is Grriggles and unfortunately I can’t find their official website, but I did find a handful of their products on Amazon.com. (Pretty sure the unicorn and dinosaur are must-haves.) 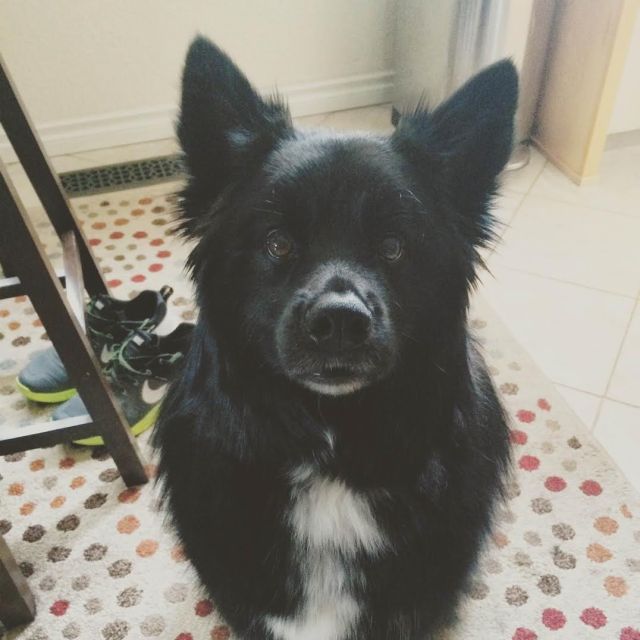 Teton waited patiently for his new purple pig and played with it for a while after I gave it to him. (It’s been a while since he got a new toy.) It has one of those non-traditional deep squeakers which is fun (slash less annoying) and it’s round so it’s easy to throw and retrieve.

This particular toy may not get as much love as some of T’s other favorites, but it was reasonably priced at $8.95 so I’m good with that. New toys for the win!